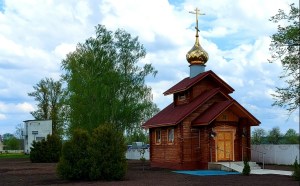 A beautiful new Chapel was officially opened on the grounds of ‘Vesnova Children’s Mental Institution’ in Belarus, on Friday 14 May, in honour of the Irish volunteers attached to Chernobyl Children International.

This unique Chapel, which is the first of its kind to be dedicated to the people of Ireland in Belarus, has been named ‘Saint Patrick’s Chapel’. The symbolic naming of the Chapel recognises the volunteers, many of whom have been travelling to Vesnova for over 25 years, and it is a beautiful gesture in honouring the generosity of the Irish people. A specially commissioned Icon of Saint Patrick has also been unveiled within the Chapel. 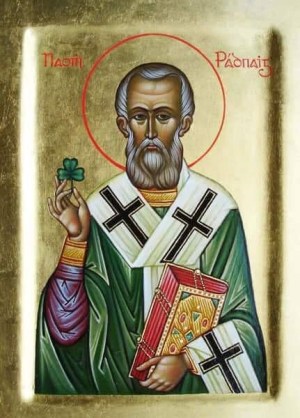 As part of the opening ceremony Ms Adi Roche, CEO of Chernobyl Children International (CCI), was awarded with the highest medal of the Belarusian Orthodox Church of Saint Kirill Turovskiy. Bishop Veniamin, Metropolitan of Minsk and Zaslavl and Patriarchal Exarch of All Belarus, virtually presented the award to Ms Roche in recognition of the humanitarian work that Ms Roche and volunteers have done for Vesnova over the last 25 years.

Speaking after the virtual ceremony, Ms Roche said, “We are honoured that the people of Vesnova have chosen to name their Chapel after the Patron Saint of Ireland, St Patrick. St Patrick, who brought the hope, the light, and the love of Christ to the Irish people many centuries ago, was a noble, courageous, and humble man who cared very much for the welfare and health of Irish men, women, and children. St Patrick put into daily practice his love of God and love of his neighbour.

“St Patrick’s Chapel’ is a beacon of hope available to the whole Vesnova community and its symbolic name is a wonderful gesture to recognise the amazing contribution the Irish nation has made to the victims of Chernobyl.”

Chernobyl Children International was founded in 1991. Founder and CEO Adi Roche began working with the people of Chernobyl in the immediate aftermath of the 1986 nuclear accident. Her life’s work has been to develop programmes that restore hope, alleviate suffering and protect current and future generations in the Chernobyl regions.