Pope to COP26: Let’s choose to leave our children a healthy planet 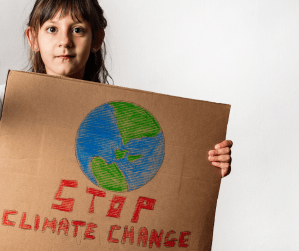 Cardinal Pietro Parolin, the Vatican’s Secretary of State is in Glasgow representing the Holy Father and the Holy See at COP26.

Addressing those attending the climate conference, Cardinal Parolin opened his discourse, which he was reading on behalf of Pope Francis, by noting that the conference has the important task of showing the entire international community whether there really is the political will to honestly, responsibly and courageously allocate more human, financial and technological resources to mitigate the negative effects of climate change as well as to help the poorest and most vulnerable populations, who suffer the most from this phenomenon.

To carry out this task

This task, continued the Cardinal, is even more difficult, because it must be carried out in the midst of a pandemic. This pandemic has taught us that in order for it to be defeated, we must all participate.

Cardinal Parolin recalled that there was a time before the pandemic which will inevitably be different to how life will be post-pandemic. This life, he continued, is one that we must build all together, working on our past mistakes.

The same can be said of the global problem of climate change. We have no alternative. We can only achieve the goals written into the Paris Agreement if we act in a coordinated and responsible way. They are ambitious, but they cannot be delayed. Today these decisions are up to you.

Cardinal Parolin went on to note that we are currently undergoing a change of era and a challenge of civilisation. In this circumstance, he stressed the need for countries with greater capacity to take the lead in the field of climate finance.

He described the strategy of net-zero emissions adopted by the Holy See in two parts: 1) the commitment of the Vatican City State to achieve this goal by 2050; 2) the commitment of the Holy See itself to promote an education for integral ecology, well aware that political, technical and operational measures must be combined with an educational process that, also and especially among young people, promotes new lifestyles and encourages a cultural model of development and sustainability centred on fraternity and on the alliance between human beings and the natural environment.

We need hope and courage in facing the aftermath of the Covid pandemic, said Cardinal Parolin, because humanity does have the means to face this transformation, during which the effects it will have on the world of work must also be carefully considered.

Attention to the most vulnerable

He noted that in some ways the ‘ecological debt’ recalls the issue of foreign debt and the pressure of which often hinders the development of peoples. The post-pandemic can and must start again taking into account all these aspects in order to create development in which everyone can finally participate.

Cardinal Parolin noted, with bitterness, he said, how far we are from achieving the desired objectives for combating climate change. But the truth is that we cannot afford it. Many moments in the run-up to COP26 have demonstrated that there is no more time left, stressed the Cardinal. He added that we realise it has also become a crisis of children’s rights and that, in the near future, environmental migrants will outnumber conflict refugees. For this reason, he added, urgent, courageous and responsible action is needed.

Bringing Pope Francis’ discourse to a close, Cardinal Parolin warned that young people, who in the last few years have been urging us to act, will only inherit the planet we choose to leave to them, based on the concrete choices we make today.

Finally Cardinal Parolin read the Holy Father’s wishes to have been physically present in Glasgow, but assuring those present that instead, he is accompanying them with his prayers.