Pope Francis: Everyone’s responsibility to care for our common home 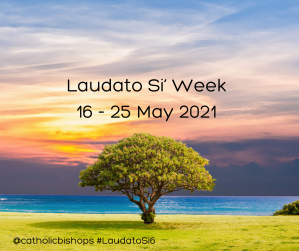 As the Church marks Laudato Si’ Week from 16 – 25 May, the Dicastery for Promoting Integral Human Development and the Anglican Centre of Rome organized a joint ecumenical initiative on Friday, on the theme “Building fraternity, defending justice. Challenges and opportunities for Insular Peoples”.

Aims of the conference

The virtual conference explored concerns about human rights and peoples’ rights situation, including social and environmental challenges, in the specific context of insular states, in light of Pope Francis’ encyclical letters Laudato si’ and Fratelli tutti.

The event was also intended to give visibility and express solidarity with the populations concerned, as well as to build networks of solidarity with a view to joint action.

Among the topics that were under examination are the rights of indigenous peoples, the right to self-determination and the sovereignty of peoples over their natural resources.

The initiative concerns the insular peoples of the Atlantic, Indian and Pacific Oceans, and involves local actors, such as government authorities and civil society organizations, following an ecumenical and interreligious approach.

The conference also included the participation of young people from the regions concerned.

In a letter to the Prefect of the Dicastery, Cardinal Peter Turkson, Pope Francis described the conference as an “important ecumenical initiative, involving mutual dialogue born of the wisdom and experience of various Christian traditions.”

He also said the event offered “an opportunity for believers, government leaders and members of the broader civil society, especially the young, to address the particular challenges faced by insular peoples.”

Of these challenges, the Pope mentioned “violence, terrorism, poverty, hunger and the many forms of social and economic injustice and inequality that nowadays bring harm to all, but in particular to women and children.”

Of concern too, he said, is the fact that many island peoples are exposed to “extreme environmental and climate changes, some of which result from an unbridled exploitation of natural and human resources.”

Pope Francis added that, “As a result, they are experiencing not only environmental deterioration but also a human and social deterioration that increasingly puts at risk the lives of the inhabitants of these island and sea territories.”

The Pope expressed the hope that the Conference “will contribute to the development of practical international and regional policies aimed at meeting such challenges more effectively and strengthening the awareness of everyone’s responsibility to care for our common home.”

Turning his attention to the impact of the coronavirus pandemic, the Pope noted that, during these months, people have become more conscious of their own fragility and consequently “of the need for an integral ecology that can sustain not only physical ecosystems but human ones as well.”

Pope Francis said “an attitude of solidarity and respect” was necessary in order to “resolve the environmental and social problems affecting those living in island and maritime areas.”

In conclusion, the Pope expressed the hope that the work accomplished during this meeting would be “a sign of the important role that island peoples can play in furthering the growth of a more human and inclusive world.”

Those taking part in the conference included the President of the Republic of Seychelles, Wavel Ramkalawan, as well as a message from the Archbishop of Canterbury, Justin Welby.

The conference is available on the YouTube channel of the Dicastery: https://www.youtube.com/VaticanIHD