For Catholics, the celebration of the Sacrament of Marriage, or Holy Matrimony, is a public ceremony in which one gives oneself totally to another person for life. It is also a public statement about God being present in human love and commitment – the loving union of husband and wife speaks of family values and also God’s values.

If you were married in one of the churches and wish to obtain a copy of a marriage cert please order online. Please click here. 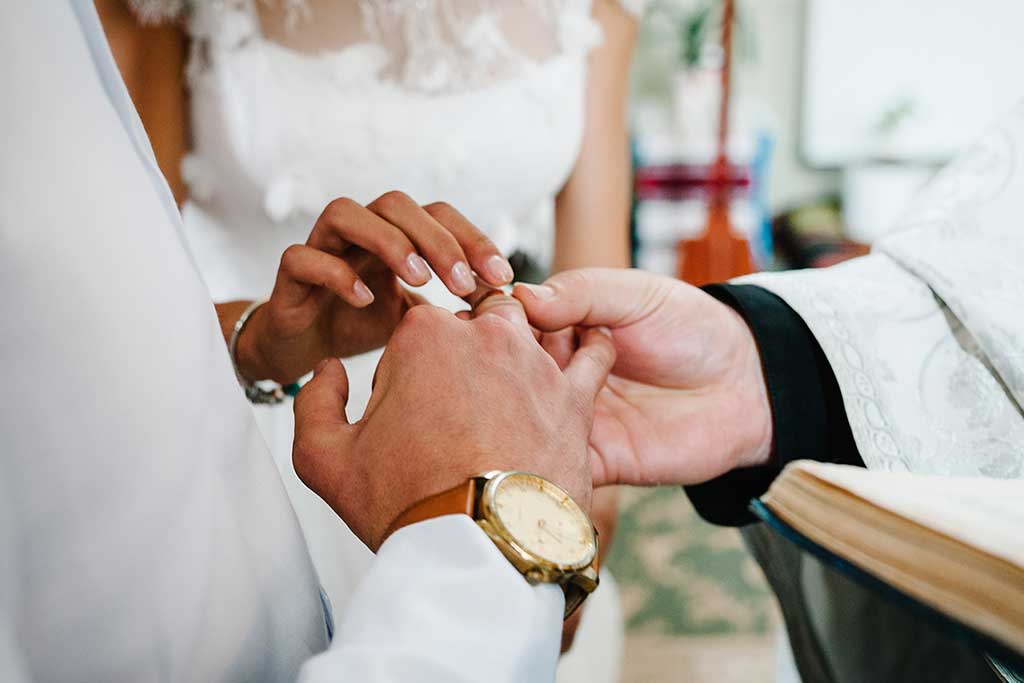 Traditionally people have thought of marriage as a legal contract. On one level, it is, but there are some essential differences. Unlike other legal contracts, the marriage contract is based on love. Marriage differs from a legal contract in that it is an open-ended contract, “for better, for worse.” In marriage you make an unconditional promise, not knowing where the promise will lead, what the promise will entail. The unconditional promise is the essence of Catholic marriage.

Sacramental marriage ensures the lifelong presence of God available to those couples who pledge themselves to fidelity, growth and service. As they continually reaffirm their “yes” to each other, they acknowledge, draw upon and witness to the power and presence of Christ in their lives. ‘Where two or three are gathered in my name, there am I in their midst’.

The promise is made by the bride and groom, who believe in Christ’s word and in the kind of love he reveals. The Church witnesses and affirms their promise. The Church teaches in the words of Christ that ‘Those whom God has united, man must not put asunder; Christian marriage is indissoluble.
The Church’s understanding of marriage, after reflection on God’s word, can be summed up in this way:

Marriage, as a Christian sacrament, is a lifelong and faithful union of a man and a woman mutually committed to sharing their life and love together. Modeled after and strengthened by God’s own love for his people, it’s an intimate partnership in which each person gives the other freedom to grow and which is directed toward bearing fruit; fruit in perhaps the bearing of children, but also fruit in the mutual support and love which two people bring to each other.