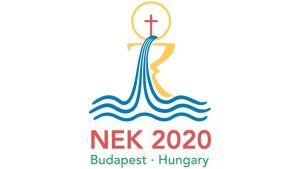 The head of the Catholic Church in Hungary said the upcoming International Eucharistic Congress in Budapest, which is due to be attended by Pope Francis this September, is a symbol of life after the coronavirus pandemic.

Cardinal Erdő made the comments as Hungary mourned the more than 29,000 reported Covid-19-related deaths out of a population of nearly 10 million. Hungary is among the nations with the highest reported coronavirus death tolls per capita in the world.

Cardinal Erdő said in a statement that he spoke about the Pope’s participation in the International Eucharistic Congress with the Vatican’s Secretary of State, Cardinal Pietro Parolin.

The Cardinal stressed that his talks focused on organizational matters about the upcoming Congress, which was postponed last year due to the Coronavirus pandemic. The Cardinal added that a Vatican delegation inspected the Budapest venue of the Congress last week.

With Hungary slowly reopening amid the coronavirus pandemic, the event is to include the September 12 closing Mass held at Budapest’s majestic Heroes’ Square.

Pope Francis is expected to preside at the Mass in the heart of Hungary’s capital. Organizers say the ceremony will feature the 120-member orchestra of the Hungarian State Opera with a choir of 2,000.

Cardinal Erdő, who will also celebrate Mass, followed by a procession to Heroes’ Square, said the Pope’s visit is historic. He noted that the International Eucharistic Congress closing Mass would be the first in 20 years to be attended by the Pope.

He added that the Pope would also have separate meetings with the faithful. Hungarian Bishop Gábor Mohos, who heads the Congress secretariat, suggests that the gathering means an encouragement to those suffering from the coronavirus pandemic. “We are thrilled to be able to announce the organizing of this event again,” he told reporters in Budapest.

“We did not give up hope, despite the ongoing pandemic,” added the Bishop, who himself recovered from Covid-19. “And we are happy to organize offline in person again.”

The Congress, scheduled for 5-12 September, is also expected to see the attendance of other Church leaders and religious representatives. Among them are Greek and Eastern Catholic Bishops, as well as Orthodox and Protestant guests and representatives of the Jewish community and civil society.