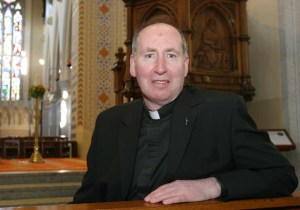 Following further delays to the resettlement of children to Ireland from the Moria refugee camp in Greece, Bishop Denis Brennan, chair of the Bishops’ Council for Immigrants, is calling on the government to act as quickly and decisively as possible to bring these children to safety and shelter.

Bishop Brennan said, “I was deeply saddened to hear recent reports that plans to resettle children seeking refuge from the Moria camp in Greece, to Ireland – originally scheduled for September 2020 and again last month – have been further delayed.

“Those forced to migrate have already experienced immense hardship to reach camps like the one in Moria.  Following the devastating fire last September, which exacerbated the already cramped, unhygienic, and inhumane conditions in the camp, the commitment made by the Government to relocate 28 children from the Moria camp to Ireland was, in the circumstances, good news.  However, it also represented the bare minimum support and refuge that we should be offering, particularly to unaccompanied children who have suffered so much trauma in even their earliest years.  The fact that seven months on this has not yet happened is appalling.  For anyone, and especially for a child on their own, another day, another month living in fear in dire conditions in a refugee camp is another day of suffering and trauma that no one should have to endure.”

Bishop Brennan also raised the vulnerability of unaccompanied minors to the traps of those who deal in despicable acts like human trafficking.  He said, “On such an issue we cannot act swiftly enough.”

Bishop Brennan highlighted the appeal made by “Pope Francis to the international community to do more in the face of this devastating global reality of our time.  He said, “In his recent message to mark the World Day of Migrants and Refugees, Pope Francis said: ‘In each of these people, forced to flee to safety, Jesus is present as he was at the time of Herod. In the faces of the hungry, the thirsty, the naked, the sick, strangers and prisoners, we are called to see the face of Christ who pleads with us to help’.

“I call on Government to act as quickly and decisively as possible in this case to bring these children to safety and shelter here in Ireland and to look at any way in which we can seek to accommodate more than a mere 28 unaccompanied minors.  In our own country, where so many have emigrated seeking welcome on other shores, let us be generous in responding when we are asked to do the same for others.”

Bishop Denis Brennan is Bishop of Ferns and chair of the Bishops’ Council for Immigrants.