The word ‘Eucharist’ comes from the Greek word eucharistein. It simply means ‘to give thanks’. Eu means ‘well, good’ and charis means ‘gift’, so when we say ‘Eucharist’ we are saying ‘the gift is good!’ In the Eucharist we exchange gifts with God. We offer to him the bread and the wine, and he gives us his own body and blood.

The Eucharist is a shared meal. Eating and drinking together is one of the most sociable things we can do, and during the Eucharist we join with the whole of the Church to eat and drink together. But the Eucharist is more than just a cosy meal, it is also a sacrifice. The roots of the Eucharist lie in the Jewish Passover meal which commemorates the delivery of the people of Israel from slavery in Egypt. The story is told in the Old Testament, in the Book of Exodus. In order to persuade a reluctant Pharaoh to let the people of Israel go free, God killed every first-born son. During the first ‘Passover every Jewish household was instructed to sacrifice a lamb and sprinkle its blood on their door posts so that the angel of death would see the blood and ‘pass over them, sparing the life of their first-born son. When Jesus spoke of himself as ‘the lamb of God’, and the bread and wine of the last supper as his body and blood, he was speaking of himself as the Passover sacrifice, the lamb whose blood would be shed so that the people of Israel might go free. 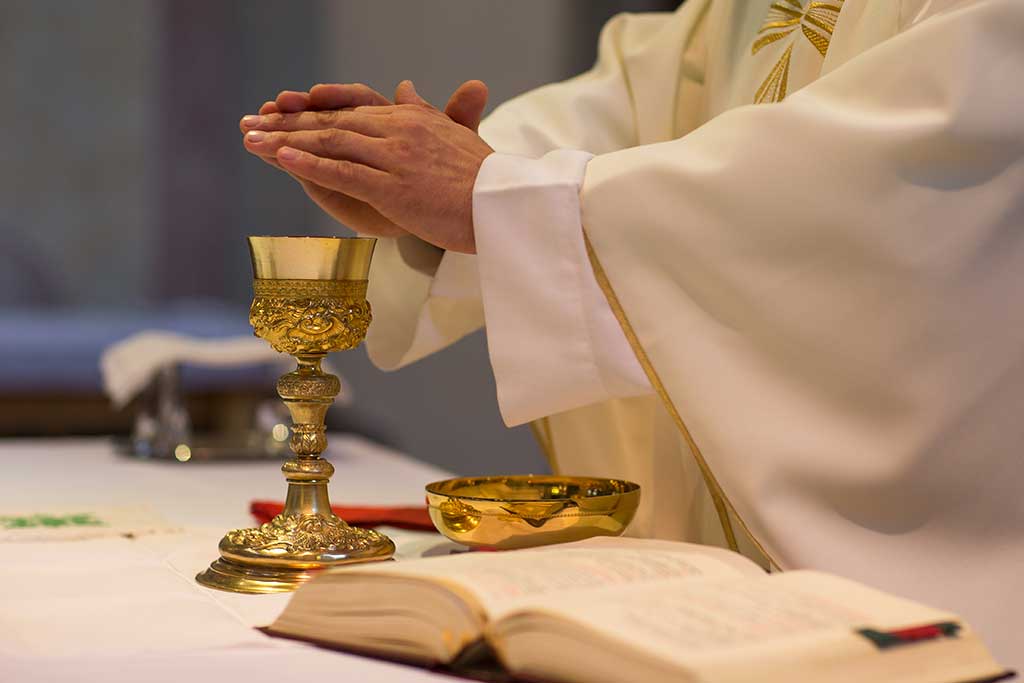 THE MASS IS THE NEW PASSOVER

Mass is celebrated every day, but above all on a Sunday — the first day of the week, the day of Jesus’ resurrection. The Mass we celebrate today has the same overall structure as it has done throughout the centuries: It is in two parts,