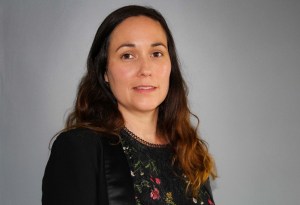 At the meeting the very Rev Dr Ivan Patterson, President of the Irish Council of Churches said, “Nicola is someone motivated by her rich faith in Christ and His call to ‘love our neighbour’.  She has brought her talents of heart and head to help the Church find relevant ways of responding to various societal needs and not least the ongoing work of peace building.  While we will miss her insightful and skilled leadership, she leaves a significant legacy on which we can build for the future”.

Bishop Brendan Leahy, Co-Chair of the Irish Inter-Church Meeting said, “As an intelligent and astute observer of socio-cultural developments, Nicola has enabled the Irish Inter-Church Meeting to engage meaningfully with significant initiatives and projects that furthered our mission of promoting good relations among churches as we looked together outwards towards the wider society. We will certainly miss her gentle but clear sense of purpose and direction”.

Members warmly congratulated Dr Brady on her new appointment that will provide her with many opportunities to share her considerable talents for the benefit of many in four nations. In congratulating Dr Brady, heartfelt gratitude was expressed by the member churches of the Irish Council of Churches, and the Irish-Inter Church Meeting, for her outstanding contribution as general secretary since 2016.  Members offered their appreciation to Dr Brady for her competency and efficiency, strategic thinking and clear-sightedness, and for leading significant developments in connecting Churches and initiatives of peace and reconciliation across the island of Ireland.

The Irish Council of Churches was founded in 1923 in the aftermath of the civil war and is the formal national body through which member churches formally engage, dialogue and act on a wide variety of issues.

The ICC Executive meets four times a year and is made up of church general secretaries and other nominated representatives from across the range of Protestant, Orthodox, Reformed and Independent church traditions. The President is the public representative of the Council. The current President is Very Rev Dr Ivan Patterson (PCI).  Presidents are elected on a rotation basis and serve for two years.

In 1973 in the midst of the Troubles the Council began historic talks in Ballymascanlon with the Catholic Church which over the course of time became formalised as the Irish Inter Church Meeting. The meeting is coordinated by a committee which also meets four times a year. This Inter Church Committee is formed from the leadership of the churches made up of 50/50 representation from the Irish Bishops Conference and the Council. It is co–chaired by Most Rev Dr Brendan Leahy, Roman Catholic Bishop of Limerick, and the President of the Council.

Identity and Belonging – Past, Present, Future’ was the theme of the meeting which was attended by sixty representatives from the Irish Council of Churches and the Irish Catholic Bishops’ Conference.