Deadline extended for first phase of the synodal process 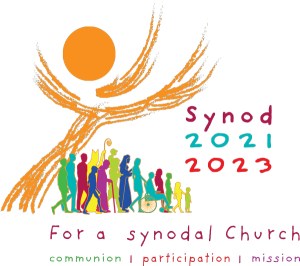 In order to “provide a greater opportunity for the people of God to have an authentic experience of listening and dialogue” during the recently launched synodal process, the General Secretariat of the Synod of Bishops has decided to extend the deadline of the first phase.

In a statement, the General Secretariat of the Synod of Bishops said that it has extended “the deadline for the presentation of the synthesis of the consultations by the Episcopal Conference, the Oriental Catholic Churches sui iuris and other ecclesial bodies” to 15 August 2022.

The statement notes that extension comes in response to numerous communications from various quarters in these first weeks of the synodal process requesting an extension of the duration of the first phase.

These communications, the statement says, “are truly an encouraging confirmation of those in the Church who are committed to celebrating the first phase of the synodal process… constituted by the consultation of the People of God.”

Further explaining the decision to extend the deadline, the General Secretariat of the Synod of Bishops notes that it evaluated the requests, always seeking the good of the Church, “aware that a synodal Church is a Church that listens, and considering that this first phase is essential for this synodal path.”

A week later, on 17 October, the diocesan phase was kicked off in dioceses across the world.

The initial deadline for the presentation of the synthesis on the part of the Synods of Oriental Churches and the Episcopal Conferences was April 2022 but this latest decision from the General Secretariat extends the first phase deadline by four months.

A second, continental phase will take place from September 2022 to March 2023, while the third, universal phase will begin with the XVI Ordinary General Assembly of the Synod of Bishops in October 2023.