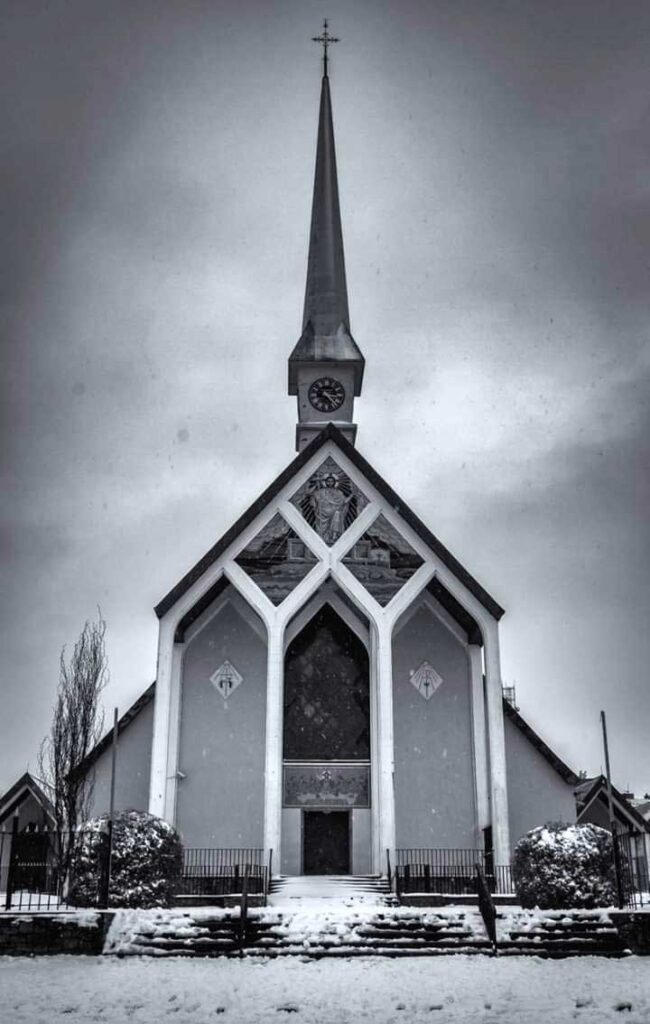 WELCOME TO THE CHURCH OF THE RESURRECTION

On the 27th August, 1958 the third of the Rosary of Churches on the outskirts of Cork City was opened. It was the Church of the Resurrection, on what was then known as Spangle Hill and has now become Farranree. It is another of the ‘hilltop’ Rosary Churches, like Mayfield to the east and Gurranabraher to the south.

As you stand on Patrick’s Bridge and look to the west and the north it crowns the heights overlooking the city. A festival of flowers marked the golden jubilee a couple of years ago.

Fitzgerald Smith and Company, the Cork based architects on the project designed what was described as a basilica plan freely interpreted with an upward thrust intended to be symbolic of the Ressurection culminating in a ‘fleche’ or thin rooftop spire. At the blessing of the Church Bishop Lucey asked, is it too much to hope that as Christ’s Ressurection began his glorious and triumphant reign after Calvary, so many this new Church of the Ressurection may begin for Cork an new era in which emigration and poverty and lack of housing and neglect of God’s Commandments will be no more, in which religion and family life, trade, industry and the arts will flourish, in which he that sitteth on the throne can say of Cork:

“Behold I have made thee and they people new according to My own Heart”?

The consacration was performed by the great Cardinal Cushing of Boston.

The church has a delightful, almost fairy-tale exterior with tall slender fleche (Spire). Beautiful mosaics surmount the entrance and there are lowdrooping eaves on both sides of the building. The roof over the nave is supported by high vaulted steel trusses covered with teak. These are to convey an upward symbolism in keeping with the theme of Resurrection.

Canon Sydney McKeown, the famous Scottish tenor, played his part in fundraising through concert work for the Church of the Resurrection, topping the bill at a sell-out concert at the City Hall.

Richard James Cushing was an American prelate of the Roman Catholic Church. He served as Archbishop of Boston from 1944 to 1970 and was made a cardinal in 1958. Cushing's main role was as fundraiser and builder of new churches, schools, and institutions. Unlike his predecessor, he was on good terms with practically the entire Boston elite, as he softened the traditional confrontation between the Catholic Irish and the Protestant upper-class. Cushing Place in Farranree is named after him.

THE ALTAR TO CHRIST THE KING 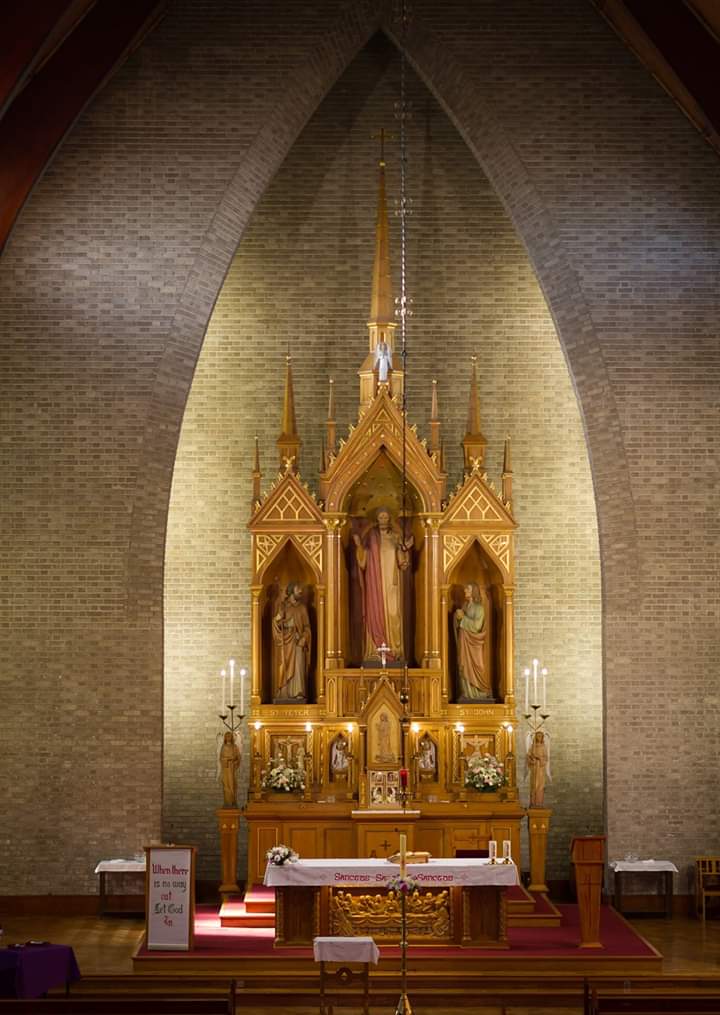 What’s the connection between Farranree Church and Margarine?

The Altar to Christ the King in the Church of the Resurrection, Farranree, Cork, is dedicated to the memory of Thomas P Dowdall who was a butter and margarine manufacturer in Cork. 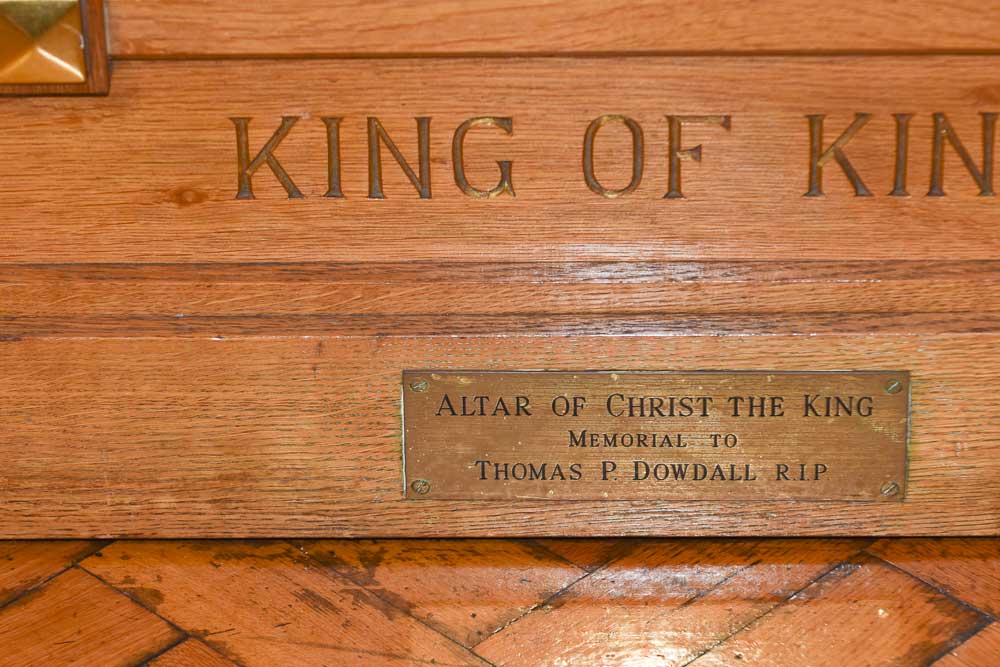 The main altar and side altars were made in Bolzano Italy so they are very Italian in style (unusual for an Irish modern church) but it’s beautiful work.
The markers mark can be found on the side of one side-altar — and they are still in business!
https://stuflesser.com/en/

Congratulations to the couples married recently